SSRI Antidepressants, Health Risks and Pregnancy: The Info You Need to Know

The list of antidepressant side effects for pregnant women just got more depressing.

A new study published in this month’s JAMA Psychiatry journal states that mothers who bought at least 2 SSRI antidepressant prescriptions during pregnancy “had a significantly increased risk of speech/language disorders,” including dyslexia. The speech disorder risk jumps 37% higher for the children of such mothers, as compared with the children of unmedicated mothers who were also diagnosed with depression.

While lead author Dr. Alan S. Brown (Columbia University Medical Center) acknowledges the need for more research before drawing any clinical conclusions from the study, his findings remain telling. Because if there’s one thing that this and related studies accomplish, it’s that they mount a growing case regarding the health risks of SSRI antidepressants for pregnant mothers and their children.

If you 1) are currently pregnant; 2) are planning to be; 3) know someone who is; or 4) have already given birth, then you need knowledge you can trust. Since we at The Dudley Law Firm are passionate about women’s health and about warning Kansas residents of potentially dangerous drugs, join us as we answer the following questions:

Regardless of your life situation, getting up to speed with the latest on SSRI antidepressants could prevent unneeded pain for you, your child, or someone you know—so read on!

SSRIs—or selective serotonin reuptake inhibitors—are known for being relatively safe and for carrying fewer side effects than other kinds of antidepressants. As a result, the Food and Drug Administration (FDA) has approved a number of SSRIs for the treatment of depression, including these five most popular brands:

These SSRIs work by increasing levels of serotonin (a chemical neurotransmitter) within the brain. In ways that even medical experts don’t fully understand, greater quantities of serotonin strengthen communication between cells that influence mood regulation within the body. The result? Relief from feelings of sadness and indifference.

As addressed earlier, SSRIs are known for being well-tolerated by most people. Having said that, there are still side effects that can arise—including some potentially disastrous ones for pregnant women.

What are Some Health Risks of SSRIs? 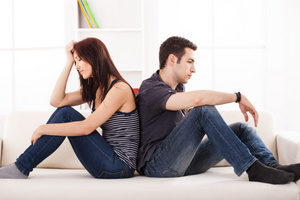 While serotonin-increasing SSRIs can help ease depression, research has shown that serotonin also affects “a variety of functions unrelated to mood, including sleep, appetite, and sexual function, as well as symptoms such as pain, nausea…and anxiety.” This accounts for the broad spectrum of side effects experienced by some patients, although not everyone reacts to SSRIs the same way.

Patients have noted some of these symptoms upon discontinuing SSRI use as well.

How likely are people to experience SSRI side effects? In a 2009 study entitled “Real-World Data on SSRI Antidepressant Side Effects,” researchers found that among 700 patients taking SSRIs, 38% experienced a side effect of some kind. Among all effects recorded, the three most common were “sexual dysfunction, sleepiness, and weight gain.” Finally, 25% of patients in the study referred to their side effects as “very bothersome” or “extremely bothersome”— 1 in 4 SSRI users.

While it’s true that most antidepressant side effects are temporary and tolerable, for a certain cross-section of patients these side effects can be life-altering in the worst of ways. We speak here of SSRI health risks for pregnant women and their unborn children.

The Truth About SSRIs, Pregnant Women, and Birth Defect Cases 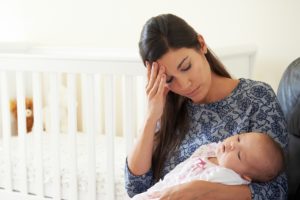 The relationship between antidepressants and birth defects has been debated in the medical community for years. While more research is still forthcoming, the latest CDC report maintains a connection between certain SSRIs and birth defects. Here are the key findings:

3. There are no confirmed links between sertraline (Zoloft) and birth defects.
Researchers discovered that despite increased risks for women taking Prozac or Paxil, the actual risk for birth defects remains low. Indeed, doctors still prescribe certain SSRIs to pregnant women together with instructions for safe use and warnings of some side effects. Having said this, the connections between some SSRIs and birth defects—as well as language disorders and other conditions—are still apparent and troubling.

Is Your Child Suffering From Birth Defects That Could Be SSRI-Induced?

The costs of drug-related injuries such as SSRI-linked birth defects are high, both in money and time spent. However, you don’t need to battle on alone. If you took an SSRI antidepressant during pregnancy and your child is suffering from a heart, skull, or abdominal defect, contact Liz Dudley right away. Not only is she a respected women’s health advocate in the state of Kansas, but she’s experienced in handling cases related to other dangerous drugs as well.

Whether your pain is due to SSRI birth defects, medicines that harm more than help, or faulty medical devices and procedures, we at the Dudley Law Firm can fight for you. Contact us today for a free case evaluation, and let’s walk the road of recovery and justice together.