Have You Been Diagnosed with Melanoma?

A recent medical study has found that men who use sildenafil for over a year, sold under the trade names Viagra and Revatio, are up to 84 percent more likely to contract melanoma, a severe type of skin cancer (Wen-Qing Li, et. al., “Sildenafil Use and Increased Risk of Incident Melanoma in US Men,” JAMA Internal Medicine 2014; 174(6): 964–970). Sildenafil is a popular solution to erectile dysfunction, but can also be used to treat pulmonary hypertension and altitude sickness. Pfizer, the American manufacturer of the drug, is under intense scrutiny as patients and attorneys question how much the company knew about the link between their product and an increased melanoma risk and whether the firm took proper steps to disclose the information they knew.

Viagra — How It Works 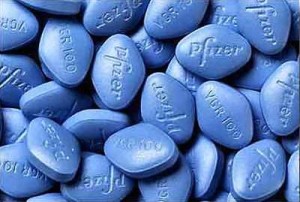 Sildenafil was developed during the early 1990s as a treatment for hypertension and angina pectoris, which is a symptom of coronary artery disease. While trials found that the compound was not very effective at helping with angina, Pfizer’s scientists did find that sildenafil could induce penile erection. Opting to market the product for erectile dysfunction, the drug was patented in 1996 and marketed as Viagra in the United States. By the year 2000, Pfizer held about 92 percent of the market share for erectile dysfunction prescription drugs.

Viagra works by inhibiting enzymes, cGMP-specific phosphodiesterase type 5 (PDE5A), to regulate blood flow to the penis by relaxing the various muscles involved in the process. Known side effects that may arise due to sildenafil use include headaches, nasal congestion, impaired vision, indigestion, and flushing. Rarer adverse effects include priapism, severe hypotension, and an increased risk of heart attack.

A more recent side effect, previously unknown to the public, healthcare community or the FDA, is an increased risk of melanoma, which is a severe form of skin cancer.  Melanoma is a type of skin cancer which forms form melanocytes (pigment containing cells in the skin).  It can also form in the eyes and rarely, in internal organs, such as your intestines.  Melanomas often resemble moles; some actually develop in moles.  The majority of melanomas are black or brown, but they can also be skin-colored, pink, red, purple, blue or white.  Melanoma is thought to be caused by intense, UV exposure [sunburns] and Melanoma kills 9,710 people in the US annually.  The diagnosis is confirmed by a biopsy of the area.  However, any drug that can affect the cellular growth of cells

According to researchers who conducted a study on over 25,000 Viagra users, the drug can increase the risk of melanoma by up to 84 percent. Researchers found no link between erectile dysfunction and skin cancer, and had controlled for patients with pre-existing conditions by excluding those already suffering from a form of cancer. While the study does not prove that sildenafil causes melanoma, there is nevertheless a clear association between the two.  The study authors stated a possible explanation is that Viagra (Sildenafil) decreases PDE5A  levels which lowers the bodies cells ability to protect the invasiveness of melanoma cells and allows cancer to metastasize at a faster rate.

Patients and medical professionals have questioned the extent of Pfizer’s knowledge on the relation between Viagra and melanoma. Pfizer, a multinational company, has been under fire before for deceptive and aggressive marketing tactics, including offering doctors kickbacks for prescribing sildenafil over other drugs. If Pfizer is found to have engaged in deceptive marketing practices or to have been negligent in its duty to adequately and timely inform the public and healthcare providers about the increased risks of melanoma, patients who have suffered from the adverse health problems associated with sildenafil may be eligible for compensation.

Nurse-Attorney Dudley is experienced and knowledgeable in the field of pharmaceutical and personal injury litigation, and she represents clients nationwide in a variety of pharmaceutical and device litigations.  Attorney Dudley also assists her clients in finding medical experts who can help them recover from the injuries caused by defective drugs and devices.  Nurse-attorney Elizabeth Dudley, who is centrally located in Kansas, can help you navigate through your claim against Pfizer. To schedule your complimentary case review, please contact our law office or fill out the contact form.