Have you used the Prilosec and suffered an injury? 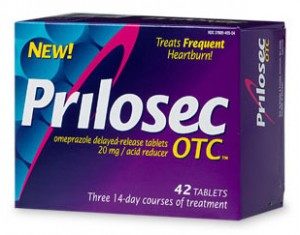 Medications used to treat GERD, heartburn, such as Prevacid, Prilosec, Nexium, are being linked by various research as causing increased risk for serious kidney disease.
Elizabeth Dudley, Attorney/Former Nurse is pursuing lawsuits on behalf of clients nationwide, who have suffered severe kidney injury due to treatment with PPI medications. The Dudley Law Firm, LLC is investigating this link between PPIs and kidney disease.

Proton Pump Inhibitors “PPI”, [Prevacid/Lansoprazole, Nexium/esomeprazole, Prilosec/omeprazole] are prescribed for the treatment of  peptic /stomach/ upper gastrointestinal disorders, including gastroesophageal reflux disease (GERD), peptic ulcer disease, heartburn, esophageal & duodenal ulcers.
PPIs are H2 antagonist’s and reduce/inhibit gastric acid production by blocking secretion of certain hydrogen ions & binding irreversibly to & blocking the gastric proton pump system.
Certain PPIs are only available by prescription: Aciphex, Dexilant, Nexium, Prevacid, Prilosec, Vimovo, Zegerid. Some PPIs are now sold over the counter “OTC”, such as: Prilosec OTC, Prevacid 24HR, Zegerid OTC.
Proton pump inhibitors (“PPI”) are one of the most commonly prescribed medications in the United States. More than 15 million Americans used prescription PPIs in 2013, costing more
than $10 billion. However, it has been estimated that between 25% and 70% of these prescriptions have no appropriate indication. Further, 25% of long-term PPI users could discontinue therapy without developing any symptoms.

Since the introduction of PPIs to the US market in 1989, several observational studies have linked PPI use to serious adverse health outcomes, including hip fracture, community acquired pneumonia, Clostridium difficile infection, acute interstitial nephritis and acute kidney injury (“AKI”).
A study from 2015 shows that acute kidney injuries “AKI” increased 250% in elderly patients that were newly prescribed PPIs. The acute kidney injuries occurred with 120 days of the patients staring the PPIs.
In an April 2016 Medscape report, citing a study published in JAMA, authors linked PPIs to various side effects, including kidney disease. Other studies have associated PPIs with fractures, dementia, heart disease and birth defects — the association with acute kidney injury is new & plaintiffs’ allege the company knew about this long before this information has become public and failed to adequately warn prescribing doctors, consumers and the FDA. The JAMA study analyzed data from over 10,400 patients and conducted a 12-year follow up. The findings were replicated in a cohort of over 248,000 patients.
In addition, the JAMA study and others, have linked the acute kidney injuries caused by PPIs to a later increased risk of CKD. The JAMA study noted that as PPI induced acute kidney disease is often subtle and slowly diagnosed. The delay in diagnosis causes damage to the kidney to be increased and the patient has a higher risk of later developing CKD.
Other studies, including the JAMA study, noted that the long term use of PPIs was independently associated with a 20% to 50% higher risk of incident chronic kidney disease (“CKD”), after adjusting for several potential confounding variables, including demographics, socioeconomic status, clinical measurements, prevalent comorbidities, and concomitant use of medications. In one of those studies, the use of PPIs for any period of time was shown to increase the risk of CKD by 10%.
In a news release regarding the JAMA study, from the American Society of Nephrology, senior author Ziyad Al-Aly, MD from the Veterans Administration St. Louis Health Care System in Missouri, noted:
“The results emphasize the importance of limiting PPI use to only when it is medically necessary, and also limiting the duration of use to the shortest duration possible”. Dr Al-Aly added that “[A] lot of patients start taking PPIs for a medical condition and they continue much longer than necessary.” [See Public Release: 14-Apr-2016, Commonly Used Reflux and Ulcer Medication May Cause Serious Kidney Damage, Amer. Soc. Nephrology, accessed 9.2.2016 at http://www.eurekalert.org/pub_releases/2016-04/ason-cur040716.php].
An earlier observational study published by JAMA Internal Medicine, reported by Medscape Medical News noted a significant 35 percent increase in chronic kidney disease risk associated with ever use of a PPI versus no PPI use.

THERE ARE SAFER ALTERNATIVES TO PPIs

Alternatives to PPIs are and were available that provide the same benefits but act through a different mechanism.
One alternative is H2 antagonists, also called H2 blockers, a class of medications that block the action of histamine at the histamine H2 receptors of the parietal cells in the stomach.
The higher risks of CKD are specific to PPI medications. The use of H2 receptor antagonists, which are prescribed for the same indication as PPIs, is not associated with CKD.

WHAT IS CHRONIC KIDNEY DISEASE “CKD”?

CKD, also called chronic kidney failure, describes the gradual loss of kidney function. Kidneys filter wastes and excess fluids from the blood, which are then excreted. When chronic kidney disease reaches an advanced stage, dangerous levels of fluid, electrolytes and wastes can build up in the body.
In the early stages of CKD, patients may have few signs or symptoms. CKD may not become apparent until kidney function is significantly impaired.
Treatment for CKD focuses on slowing the progression of the kidney damage, usually by attempting to control the underlying cause. CKD can progress to end-stage kidney failure, which is fatal without artificial filtering, dialysis or a kidney transplant. Early treatment is often key to avoiding the most negative outcomes.
CKD is associated with a substantially increased risk of death and cardiovascular events.
The higher risks of CKD are specific to PPI medications. The use of H2 receptor antagonists, which are prescribed for the same indication as PPIs, is not associated with CKD.
Similar findings were demonstrated for the outcome of AKI and collectively suggest that PPI use is an independent risk factor for CKD and for AKI.

CKD is identified by a blood test for creatinine, which is a breakdown product of muscle metabolism. Higher levels of creatinine indicate a lower glomerular filtration rate and as a result a decreased capability of the kidneys to excrete waste products.
Creatinine levels may be normal in the early stages of CKD, so the condition may also be discovered by urinalysis. To fully investigate the scope of the kidney damage, various forms of medical imaging, blood tests and a kidney biopsy are employed.
Screening of at-risk people is important because treatments exist that may delay the progression of CKD.

Some of the Manufacturers of these PPIs knew that PPIs were associated with serious, acute kidney injuries as early as 1989— but failed to warn prescribing Doctors, Consumers and the FDA.

If you or someone you know, sustained a kidney injury AFTER ingesting PPI medications, you may have a viable claim for injury. We urge you to immediately contact us by filling out the contact form or call us at 1-316-746-3969, to protect your legal rights because time is limited to file a claim.