Recent medical studies found that testosterone treatments for men could cause an increased risk of clotting [DVT, Pulmonary Embolisms], stroke, heart attacks or even death in some men. 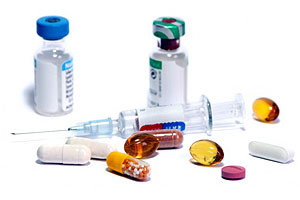 What Does Testosterone Do?

Testosterone is a hormone that promotes the growth of the male reproductive system, contributes to proper sexual function, boosts libido, prevents loss of scalp hair and can reduce the accumulation of abdominal fat

Risk for developing complication is higher if the patients have pre-existing heart conditions. Studies showed a 30 percent increased risk of heart attack, stroke or death among men with existent heart problems.

Men who did low T therapy with the following signs of health problems had the greatest increased risk of stroke, heart attack or death, according to the study. Heart problems that could potentially elevate the risk of men undergoing testosterone treatments included the following: plaque buildup, artery blockage, high cholesterol, diabetes, obesity.

Vigen, et al performed an observational study of older men in the U.S. Veteran Affairs health system published in the Journal of the American Medical Association (JAMA) in November 2013.1 The men included in this study had low serum testosterone and were undergoing imaging of the blood vessels of the heart, called coronary angiography, to assess for coronary artery disease.  Some of the men received testosterone treatment while others did not.  On average, the men who entered the study were about 60 years old, and many had underlying cardiovascular disease.  This study suggested a 30 percent increased risk of stroke, heart attack, and death in the group that had been prescribed testosterone therapy.

Based upon the new study data, the Endocrine Society issued statements alerting clinicians to the potential concerns about testosterone therapy and cardiovascular safety. While the FDA is investigating the available data, they have not, as of this date, concluded that testosterone therapy treatment increases the risk of stroke, MI, or mortality–they are just “studying” the issue.

Lawsuits are Being Filed for Testosterone Related Injuries

On June 6th, 2014 the United States Judicial Panel on Multidistrict Litigation (JPML) (the panel) established MDL No. 2545, In re: Testosterone Replacement Therapy Products Liability Litigation and selected the United States District Court for the Northern District of Illinois as the transferee court. The Panel assigned this matter to the U.S. District Judge Matthew F. Kennelly for coordinated or consolidated pretrial proceedings.

The Panel, after hearing arguments, issued the order consolidating all testosterone lawsuits on the grounds that all of the claims share “common questions of fact, and that centralization of all actions in the Northern District of Illinois will serve the convenience of the parties and witnesses and promote the just and efficient conduct of this litigation.” The Panel quoted the January 31, 2014, U.S. Food and Drug Administration (FDA) announcement that it is currently investigating the risk of stroke, heart attack, and death in men taking testosterone drugs approved by the FDA.

If you are a male & had a diagnosis of prior heart or cardiovascular disease & had a heart attack while on any of the above testosterone products, please contact us for a free case evaluation.  Hurry, as you only have a limited amount of time in every state to protect your rights if you have been injured by this product.  It takes time for us to adequately investigate your case and to get it on file if we determine that you have a case.  Contact nurse attorney Liz Dudley or fill out the contact form below for your free case evaluation.